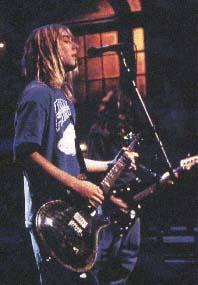 The program was broadcast from NBC's studios at Rockefeller Center in New York live to the Eastern and Central time zones of the U.S. and on a three-hour delay to the Mountain and Pacific time zones. It was also seen live in Canada and on tape in other parts of the world.

Two live audiences actually saw silverchair play: one at a dress rehearsal earlier in the evening and another for the live show at 11:30 p.m.

Daniel Johns decided to go barefoot as he moved across the historic stage of NBC's Studio 8H. He also gave Murmur label mates Ammonia a bit of a plug by wearing the Perth band's t-shirt. Ben Gillies played tourist and sported an "I Love N.Y." shirt (with a heart in place of the word "love"). Chris Joannou wore a long sleeved t-shirt with a circular symbol on the front.